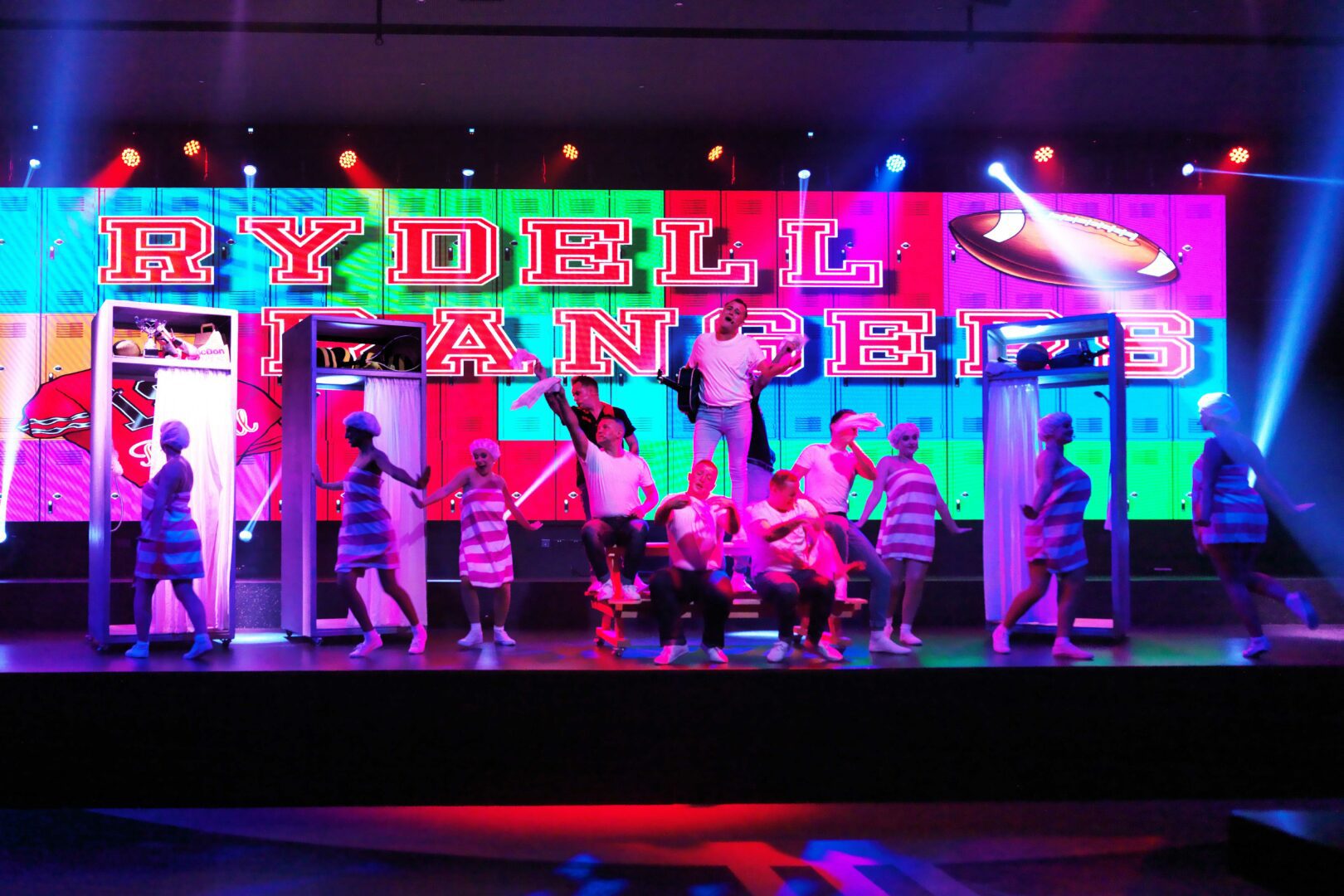 Holidays in the sunshine should always be relaxing and rejuvenating. But when you’re with the whole family, or even enjoying a much-needed break with your partner, time out is also an occasion to have fun! And at the Olympic Lagoon Resorts in Ayia Napa and Paphos, the Cyprus holiday experience is enhanced by phenomenal entertainment in the state-of-the-art Xperience arena.

As leaders in hotel entertainment and experts at transforming the holiday experience into something spectacular, the Olympic Lagoon Resorts are famed for signature shows that truly raise the bar. And much like any professional production team, the Kanika All-Stars creative team comprises a group of highly qualified professionals. These include a musical director, a choreographer, a costume designer, actors, dancers, singers and a live band.

Kids will love all the action, mesmerising lights, flamboyant costumes and bright colours. And they can even enjoy special family shows featuring appearances by the beloved Kanika Safari Stars, Mary Poppins and Aladdin. Meanwhile, you can look forward to feel-good tunes from some of the best musicals and theatre shows of all time. All this, alongside stunning choreographies and phenomenal live singing on a state-of-the-art performance stage, enhances the thrilling experience. What’s more, table service guarantees that you’ll be sipping on your favourite drink all night.

“We are known for putting our special ‘Kanika spin’ on trending musicals. This includes signature lighting, unique costumes, our own choreographies, and music. Moreover, the process involves months of brainstorming and rehearsals,” explains Group Entertainment Manager, Claire Stephanou. “Every night of the week is carefully designed so that guests experience something totally different.”

Here’s a glimpse of the magical Xperience Arena signature shows you can look forward to during your Cyprus holiday!

Oh What a Night

Who doesn’t get excited the moment ‘Oh, What a Night’ plays on the radio? We certainly love an all-time classic smash hit. And the Kanika All Stars have added their own twist to the all-singing, all-dancing Jersey Boys hit musical that follows the remarkable rise to stardom of one of the most successful bands in pop music history. Watch the band go wild on stage during your Cyprus holiday in uniquely created costumes inspired by the West End musical. And rest assured, you’ll be singing along to the show’s upbeat tunes in no time!

This is The Greatest Show

Juggling, backflips, and all sorts of intricate acrobatics. You name it, this show has it! Add vibrant costumes and polished vocals in the mix and you’ve got the greatest show; a musical with a Kanika twist based on The Greatest Showman musical drama. Beyond the spectacular stage action, beautiful songs will transport you to the magical world of PT. Barnum and his circus.

A Tribute to Michael Jackson

You know you’re watching an amazing show the moment you tap your toes and clap your hands without a second thought. And you know your Cyprus holiday will be one to remember if there’s a tribute to the ‘King of Pop’ involved! So, this show, dedicated to the legendary Michael Jackson, will thrill you from the start. Expect spectacular dance techniques as Michael Jackson’s hit songs take you back to the 80s and 90s.

Get your dancing shoes on! Because you won’t be sitting down for long during this sweet performance.  Simply brace yourselves for a journey through the amazing world of soul and Motown as four male vocalists, accompanied by an explosive seven-piece band, give it everything they’ve got on stage. You’ll be serenaded by sultry and harmonic vocals – sweet soul music at its best with Kanika All Stars’ very own tribute to the famous ‘The Overtones’.

The Master of Illusion

What would a Cyprus holiday be without a touch of magic? At Olympic Lagoon Resorts, we love surprising the whole family with grand illusions. Suffice to say, the star of this surreal show is a master illusionist, a one-of-a-kind magician with over twenty years of experience. You’ll witness amazing disappearing acts, but don’t expect a typical performance. Let’s be clear, this is high-scale magic at its best!

Inspired by the sheer brilliance of Queen and the one and only Freddie Mercury, our Kanika All-Stars team tells the story of the band’s rise to fame while honouring timeless songs. From ‘Bohemian Rhapsody’ and ‘We Will Rock You’ to ‘I Want to Break Free’ and ‘Killer Queen’, back-to-back hits are packed into this captivating show. What’s more, eye-catching costumes and a streamlined choreography recreate the nostalgic atmosphere of the era. As for the lights and visuals, they’ll intrigue your imagination and fill you with the energy of a rock concert.

Grease is the Word

Following the recent passing of the beloved Olivia Newton-John, the world couldn’t stop talking about the 1978 feature film based on the infamous Grease musical once again. Interestingly, the original musical – by Jim Jacobs and Warren Casey – remains Broadway’s 16th longest-running show. Hardly surprising, Grease is the Word is just as popular at Olympic Lagoon Resorts. In fact, guests are often keen to watch the musical more than once during their Cyprus holiday. You can expect an explosion of summer loving with classic Grease songs reinterpreted by our Kanika All-Stars team. The epitome of coolness, leather jackets, and swagger attitude in a show bursting with hits!

Holidays at Olympic Lagoon Resorts are designed to make you feel good every moment of your stay. Start planning your exciting Cyprus holiday and find out more about our thrilling signature shows here. 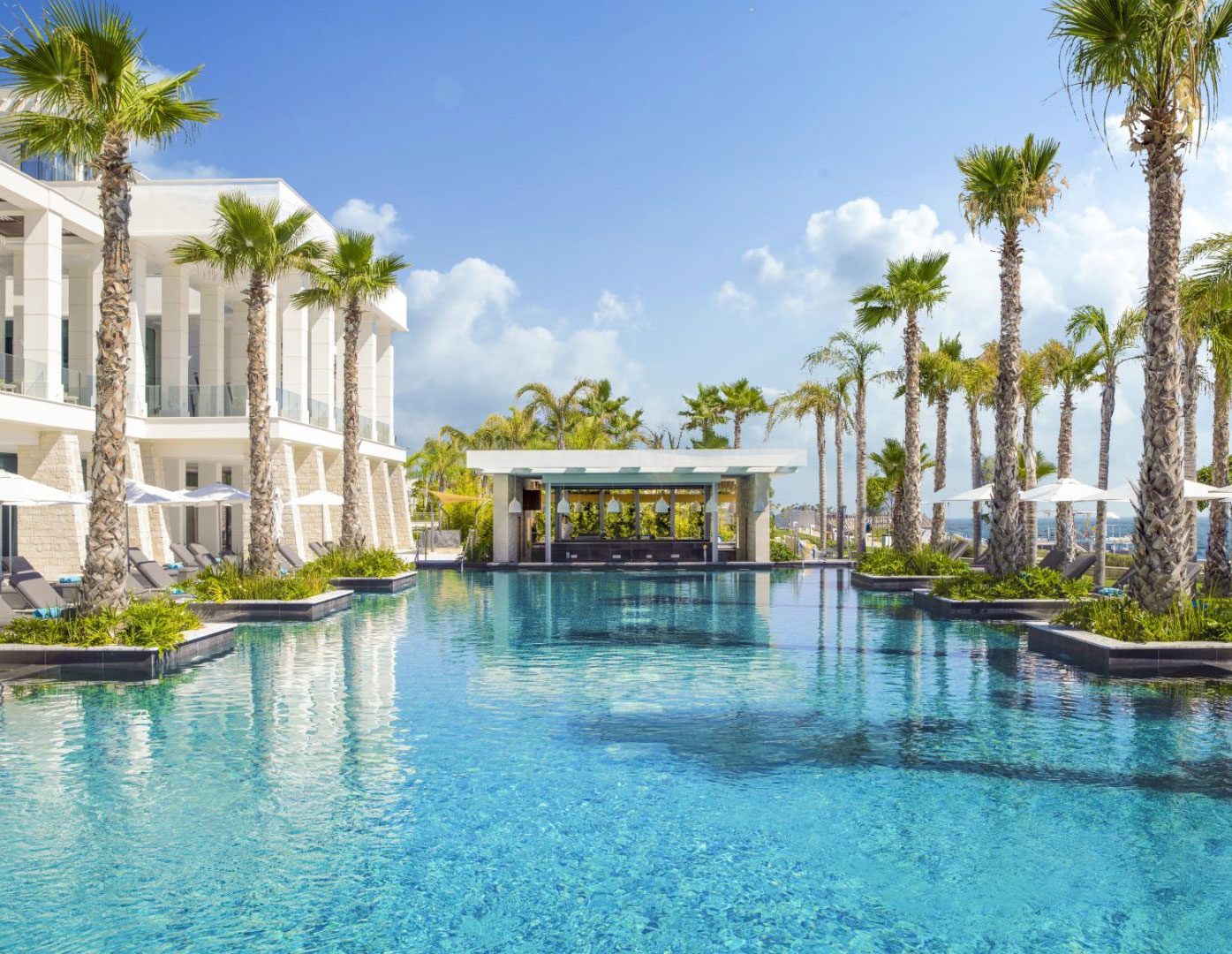 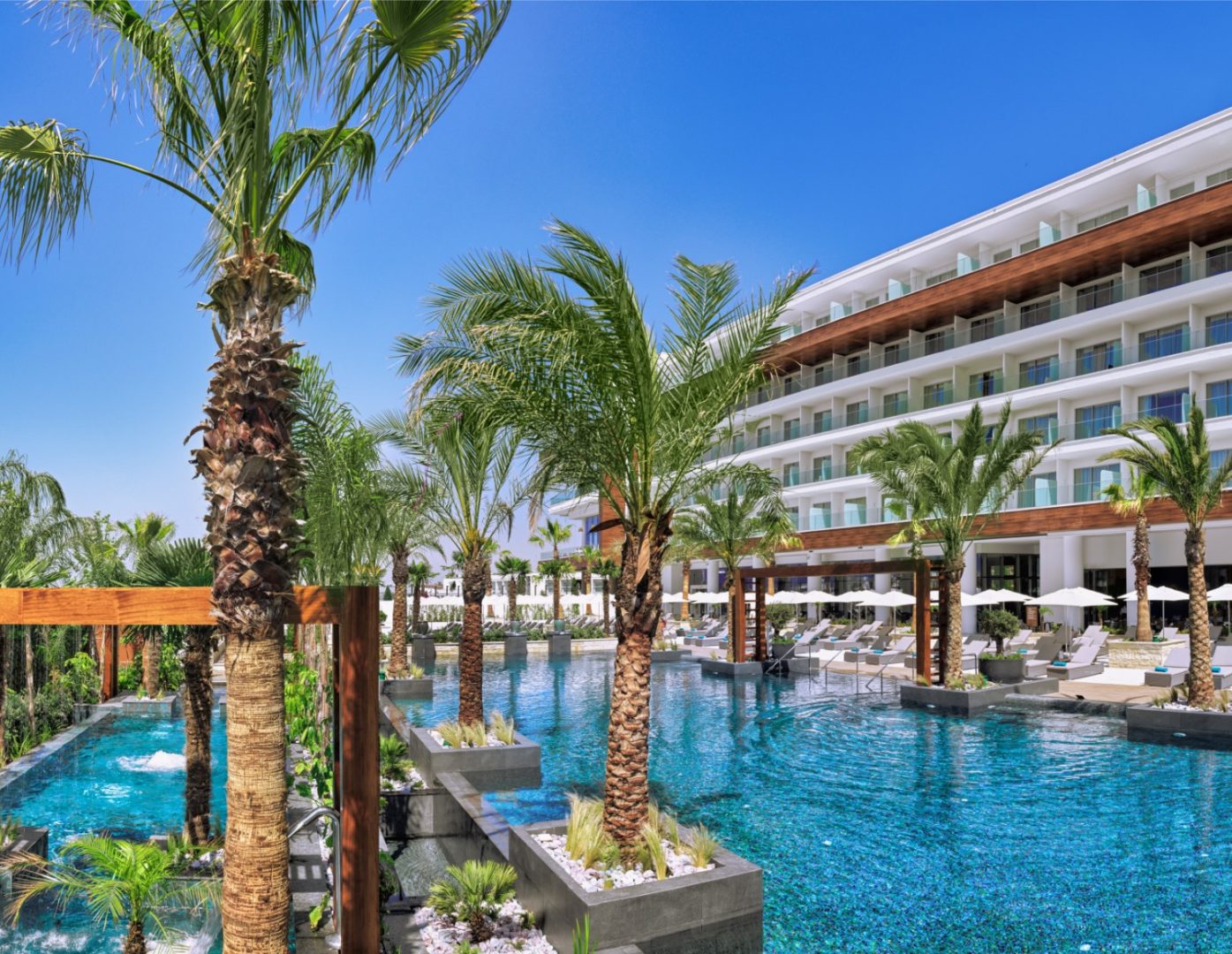 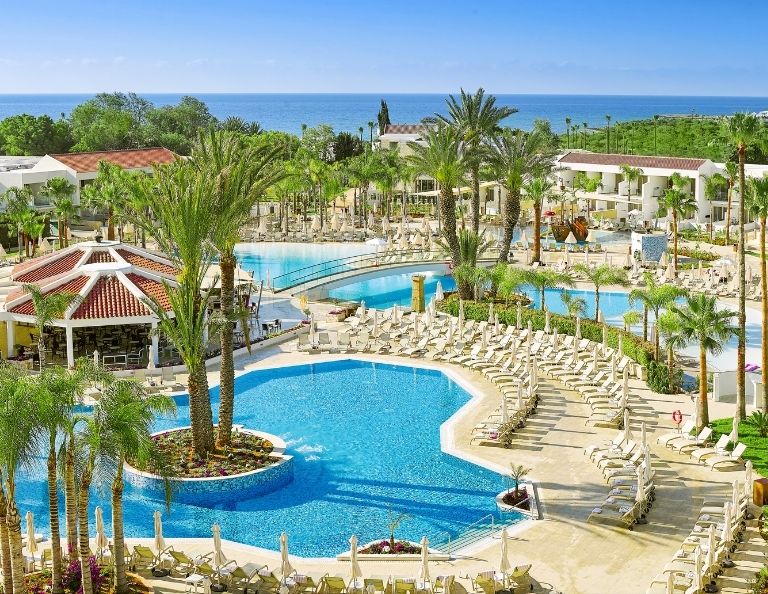 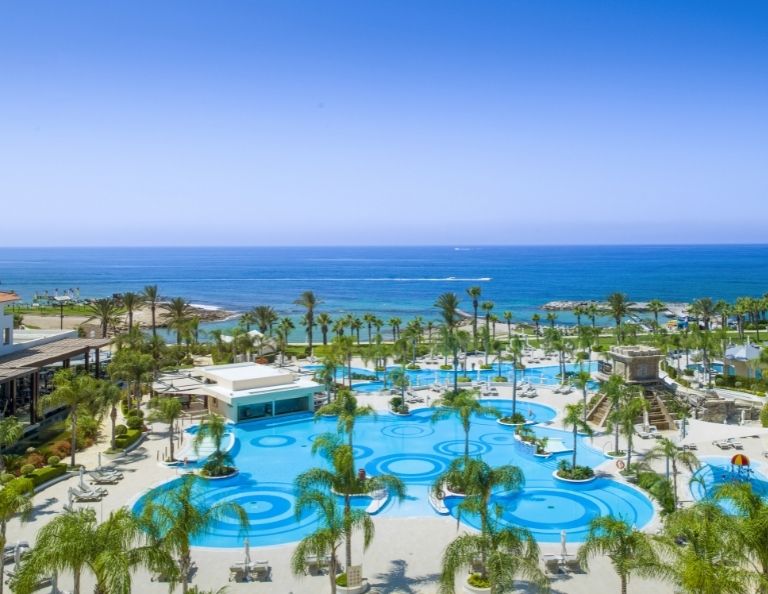 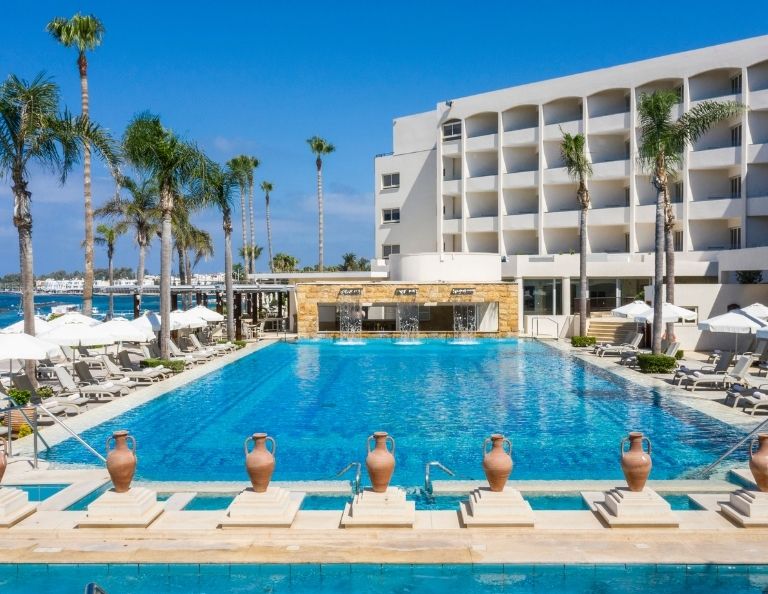 This website uses cookies to improve your experience while you navigate through the website. Out of these, the cookies that are categorized as necessary are stored on your browser as they are essential for the working of basic functionalities of the website. We also use third-party cookies that help us analyze and understand how you use this website. These cookies will be stored in your browser only with your consent. You also have the option to opt-out of these cookies. But opting out of some of these cookies may affect your browsing experience.
Necessary Always Enabled
Necessary cookies are absolutely essential for the website to function properly. These cookies ensure basic functionalities and security features of the website, anonymously.
Functional
Functional cookies help to perform certain functionalities like sharing the content of the website on social media platforms, collect feedbacks, and other third-party features.
Performance
Performance cookies are used to understand and analyze the key performance indexes of the website which helps in delivering a better user experience for the visitors.
Analytics
Analytical cookies are used to understand how visitors interact with the website. These cookies help provide information on metrics the number of visitors, bounce rate, traffic source, etc.
Advertisement
Advertisement cookies are used to provide visitors with relevant ads and marketing campaigns. These cookies track visitors across websites and collect information to provide customized ads.
Others
Other uncategorized cookies are those that are being analyzed and have not been classified into a category as yet.
SAVE & ACCEPT
Select Hotel or Resort Tue, 07/02/23 Tue, 14/02/23 Check Availability